The site was occupied by the active Washpool Water Treatment Works; the ground investigation work were undertaken prior to the construction of a new UV building.

The scope of the works comprised the following:

4 No. Dynamic Sampling Boreholes were carried out to a maximum depth of 8.00m using a tracked Geo drive-tube sampling rig with samples recovered in semi-rigid liners and SPTs carried out below the inspection pit and thereafter at 1.00m intervals.

6 No. inspection pits were machine excavated to a maximum depth of 1.80m to facilitate Dynamic Probing testing, using an 8 tonne swing shovel. Environmental samples (tubs, jars and vials) were taken from the inspection pits for chemical analysis as instructed by the Investigation Supervisor. Bulk samples were also taken for soils analysis.

5 No. Dynamic DPSH probes were carried out using an electrically powered tracked “geo” rig with a 63.50kg drop hammer falling over 750mm from the base of the machine excavated starter pits. Solid 90º 15 cm2, 50.5mm diameter sacrificial cones were used, and the numbers of blows were recorded for each 100mm of penetration.

Where the probe results record zero or a low blowcount, this was interpreted to be indicative of very weak or loose soil rather than voids.

Standpipe piezometers were installed in to boreholes to facilitate long-term monitoring.

The site was an active waste water treatment site whereby Concept had to work alongside Wessex Water without impeding their operations or causing them any operational disruption.

Additionally, prior to any intrusive works commencing all exploratory hole locations were checked for utilities / buried services using a CAT and Genny. The depth of the starter pits were scheduled to a maximum depth of 2.00 and where necessary surface concrete was required to be broken out by hand held electric breakers.

All Concept site staff received refresher / top up training in the form of Tool Box Talks for working over or adjacent to open water courses or ponds, Leptospirosis and general hygiene at work.

All of the site works were completed to the Investigation Supervisors’ and the Clients satisfaction. The site works, laboratory testing and reporting phases of the ground investigation were each completed in accordance with the programme and specification, providing all the necessary data and information to confirm the ground and groundwater conditions of the site to enable Pell Frischmann to progress their designs. 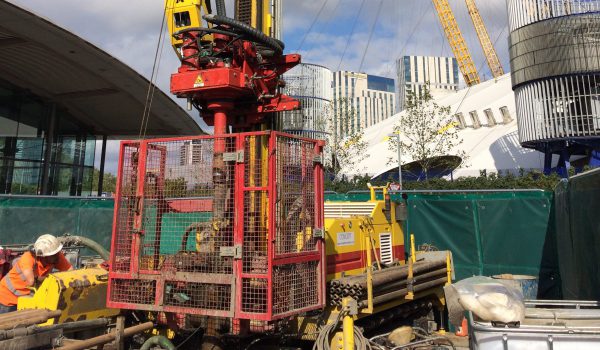 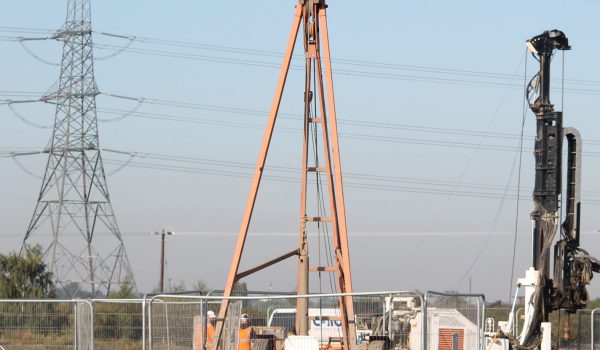